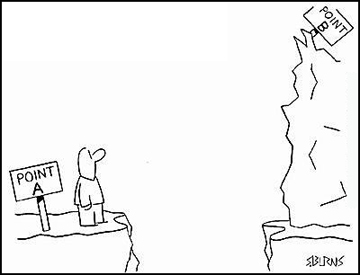 Ah social movement theory… I get to read quite a lot of it this year. I’m enjoying it, but of course I will probably end up writing more about the things that I am critical of.

For example, the often loose usage of the word strategy. Scholars often make an implicit assumption that social movements have strategies. Of course many movements do. But all of them? Just because a group engages in activities does not inevitably mean that they possess a strategy that orders those activities. A strategy is essentially a plan to move toward the attainment of a goal; a kind of map to get from Point A to Point B; from where you are now to where you want to be, accounting for obstacles and constraints that must be navigated along the way. Strategies are often confused with tactics, which are the specific actions within the strategy; actions intended to move the strategy forward. Even in less strict usage, however, a strategy typically references a plan to achieve something; it is not a thing unto itself. Eating ice cream, for example, may be delightful, but it is not a strategy. The same principle applies to a group’s self-expressive aspects: maybe delightful for participants; ≠ strategy.

We should not make the assumption that because a social movement group exists, it must automatically have a strategy by virtue of its existence. Why should we assume that any group that is engaged in collective action is necessarily strategically oriented? A group that comes together because it cares about a given issue (or set of issues) does not inevitably possess strategic know-how. Indeed, I have worked in many groups that had highly developed analyses about the issues they were concerned about but had no strategy for how to make headway on those issues. It doesn’t serve anyone for scholars to describe such a group’s activities as strategic simply because the group is carrying out activities.

If the activities strengthen the identity of the group of actors, that could very well be beneficial for both the lives of individual participants and, potentially, for building the capacity of the group to carry out a strategic plan — but that does not mean that strengthening the identity of the group is itself an instrumental strategy, in the political sense. Such activities are often described by social movement scholars as expressive (as opposed to instrumental), which does not inherently mean these activities are unimportant. I would assert, however, that the extent to which a group’s internal culture comes to decrease its interest in interventions in the world beyond itself is the extent to which the group is effectively depoliticized.